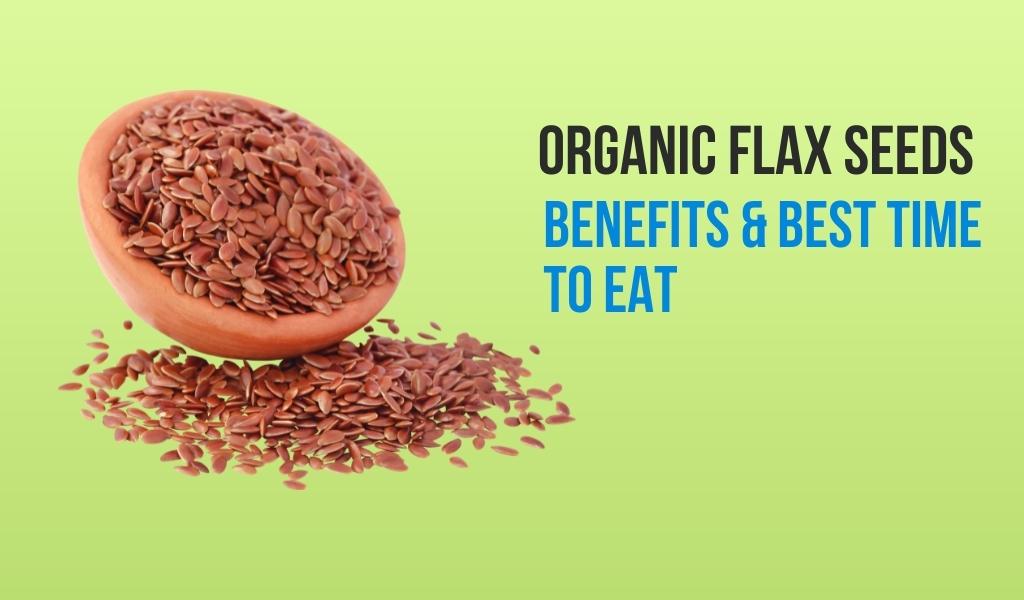 Organic Flaxseeds are a prized super food known for their comprehensive nutritional values and health benefits. The tiny, nutty, and crunchy seeds have gained the status of perfect nutrition recently. Still, they are indeed one of the oldest crops cultivated since the beginning of civilization. Although it is also recognized as common flax or linseeds, these miniature seeds originated in the Middle East thousands of years ago.

Long before flaxseeds were well described for their marvelous health benefits, it was utilized to create textiles. Now organically grown Flaxseeds have become a primary food in healthy consumption due to their high omega-3 fatty acids and fiber content.

Flax seed comes from the Flax Plant (also known as Linum Usitatissimum), which grows to be about 2 feet tall. Flaxseeds produce a vegetable oil known as flaxseed oil or linseed oil, one of the oldest commercial oils. It is edible oil obtained by expeller pressing and sometimes followed by solvent extraction. The solvent-processed flax seed oil has been used for many centuries as a drying oil in painting and varnishing.

Flaxseeds appear in two basic varieties/colors: brown or yellow. Most types of these basic varieties have similar nutritional characteristics and equal numbers of short-chain omega-3 fatty acids. For example, yellow flax seeds, called solin (trade name “Linola”), have a similar oil profile to brown flax seeds, and both are very high in omega-3s.

Organic Flaxseed is a plant-based food that provides healthful fat, antioxidants, and fiber. Some people call it a “functional food,” which means that a person can eat it to boost their health.

A teaspoon of Organic Flaxseed also accommodates numerous vitamins and minerals traces, but not in meaningful quantities. It also furnishes lignans, tryptophan, lysine, tyrosine, and valine, as well as recuperative fats, which are principally unsaturated.

Although this organic seeds include all types of healthy ingredients, it owes its primary healthy reputation to three of them:

Omega-3 vital fatty acids, “good” fats that flaxseeds, have been described to have heart-healthy impacts. Each tablespoon of organic Flaxseed includes around 1.8 grams of plant omega-3s.

Lignans, which have both plant estrogen and antioxidant properties. Flaxseed has to have 75 to 800 times more lignans than other plant foods.

Fiber, Flaxseed accommodates both soluble and insoluble types of fibers.

In Ayurveda, Organic Flaxseeds are considered as ‘Balya‘ (health and immunity booster) and ‘Medhya‘ (brain booster). These organically grown seeds support to balance of the ‘Vata’ constituents of the body. They are an excellent natural source for boosting muscular strength and vigor. The omega-3 and omega-6 rich superfood supercharge brain functions and can assist in treating epilepsy, Alzheimer’s, ADHD, hypertension, and additional bipolar disorders.

However, be cautious not to binge on flaxseeds as they can damage the Pitta and Kapha doshas owing to their hot and heavy nature. In Ayurvedic medicine, flax seeds manage the skin’s pH balance, thus protecting it from several dermatological ailments like dryness, premature wrinkling, soreness, and many more.

The researcher’s study involving 17 individuals discovered that consuming Flaxseed lowered LDL cholesterol levels and supported the body remove fat, although the overall diet may also play a role. Therefore, the team regarded that dietary Flaxseed may be useful for lowering cholesterol levels.

Organic Flaxseeds include several healthy nutrients called lignans, which have powerful antioxidant and estrogen properties. They may help in preventing breast and prostate cancer, as well as different types of cancer. They also contain antioxidants, which support the body lessening its levels of free radicals. Free radicals are cell-damaging molecules that can provide to aging and conditions such as cancer.

Several studies prove that those who eat flax seeds have a lower risk of breast cancer, especially in postmenopausal women. Additionally, according to a Canadian study including more than 6,000 women, those who consume flax seeds are 18% less inclined to promote breast cancer.

In a small analysis including 15 individuals, those providing 30 grams of flaxseeds a day while regarding a low-fat diet confirmed lessening levels of a prostate cancer marker, indicating a lower hazard of prostate cancer.

Organic flaxseeds include great amounts of fiber, which has been associated with a lower risk of generating type 2 diabetes. Fiber supports protecting against type 2-diabetes by showing how fast carbs are digested and how rapidly sugar is absorbed into the blood. This nutritional feature leads to a more gradual improvement in blood sugar levels after a meal.

For instance, studies in people with type 2 diabetes report that practicing 1–2 tablespoons of flaxseed powder per day may lessen fasting blood sugar by 8–20%. These impacts were seen after as little as one to two months.

In a 6-month study in personalities with raised blood pressure, those consuming 3 tablespoons (30 grams) of daily organic flaxseeds endured a 10 and 7 mm reduction in systolic and diastolic blood pressure, individually.

People with a systolic level the top number in a blood pressure reading greater than 140 mm at the start of the study recognized an even greater decrease of 15 mm.

Organic Flaxseeds include both types of dietary fiber- soluble and insoluble. Both the fiber can support to bulk up the stool and assure easy passage of the bowel. Soluble fiber promotes softening stool, while insoluble fiber supports stimulating the digestive system to move waste through the gut and improve easy bowel movement.

The insoluble fiber content in flaxseeds combines bulk with your digestive waste, acting as a laxative and alleviating constipation. Soluble fiber is also considered to attach to water in your digestive tract. This produces it to swell and develop the bulk of your stool, preventing diarrhea.

Consuming flaxseeds regular consumption can be more advantageous for people grieving from constipation and irritable bowel syndrome. But they require absorbing a lot of fluid during the day when including flaxseeds in their diet.

ALA and lignans- the two main aggregates detected in Organic flaxseeds may probably lessen the inflammation that manages certain diseases like Parkinson’s disease and asthma. These composites block the release of pro-inflammatory agents that may provide to inflammatory conditions. ALA has been discovered to minimize inflammatory reactions in humans, and lignans reduced the production of inflammatory cytokines in a lab test.

ALA has been revealed to minimize inflammatory responses in humans. And studies in animals have discovered that lignans can diminish levels of different pro-inflammatory agents. So lessening inflammation correlated with plaque development in the arteries may be different ways flaxseed assists prevent heart attack and strokes.

How to Consume Flaxseeds?

There has been quite a lot of debate on how one should consume flaxseeds. It is true that flaxseeds, when not chewed properly, can go undigested, flush out your system. Ground or milled flaxseeds, in that case, make a better choice. You can also opt for flaxseed oil to replace other oils in your cooking.

Here are some of the easiest ways in which you can incorporate flaxseeds into your routine diet. If you buy whole organic flaxseeds, grind as required and append to yogurt, oatmeal, cereal, smoothies, casseroles, and baked goods. Sprouting flaxseeds are releases additional of their protein and omega-3 fat as in Healing Foods.

Organic Flaxseeds, when not chewed properly, can precede undigested, flush out your system. Flaxseeds, when ground, become so adaptable that you don’t even have to think twice to create a splendid array of delicacies. From rotis, parathas, pooris, bread, desserts, drinks to soups, salads, and of course, adding a tablespoon of flaxseeds can give any dish a healthy, nutty, toasty spin.

Just in case, If you wish for a little push to start utilizing these flaxseeds into your daily cooking food, we have listed some of the simplest and fuss-free recipes for you to get started.

In general, Flaxseed and flaxseed oil appear with some negative side effects. But there are some things you should be aware of. First, raw flaxseed can introduce toxins. Therefore, you’ll require limiting your intake of raw flaxseed, though the toxins are killed when the seeds are toasted or practiced in a baking recipe. Specialists counsel is having no more than 5 tbsp of whole flaxseed per day.

It might cause diarrhea, cramping, gas, and bloating. High doses of flaxseed, especially when not taken with enough water, can cause constipation and, rarely, bowel obstruction. In addition, if ground flaxseed or flaxseed oil oxidizes, it may cause cholesterol problems and inflammation.

All of that fiber packed into flaxseed is good for you and your digestive system, but only if you’re drinking plenty of water. Otherwise, it could backfire and make constipation worse. There’s also a chance that the flaxseed will help your digestive system too much and lead to gastrointestinal issues such as diarrhea.

Organic Flaxseed intake by pregnant or breastfeeding women should be on the physician’s advice only. Flax seeds can reduce cholesterol levels to a significant extent, so if you are already on medication for high cholesterol, you should avert flaxseed.

There have been several analyses where flax seeds have been shown to improve the blood sugar lowering action of medicines. Therefore, diabetic people should only eat flax seed under discretion. Also, people on blood thinner medication should not consume flax seeds without the physician’s consult as flax seeds thin the blood.

Flaxseed shares proximity with estrogen in terms of effect; therefore, if you have affliction from any hormone-sensitive problem, flaxseed might worsen the situation.

Flaxseeds might cause constipation, bloating, and irregular bowel movement. So keep in mind to hydrate your body as much as possible so that the fibers are digested greatly.

Numerous experts consider it’s more beneficial to utilize Organic flaxseed than flax oil (which comprises just part of the seed) so you perceive all the ingredients. But stay attuned as researchers proceed to investigate.

Organic Ground flaxseed, in general, is an exceptional first choice. Still, there may be particular conditions where flax oil or the lignans (taken in substances naturally observed in flaxseed) might be as great.

The optimum dose to concern health benefits is not yet acknowledged. But 1 to 2 tablespoons of ground organic flaxseed a day is currently the most recommended dose.

Organically produced flax seeds are a wonderful source of numerous essential nutrients. Though tiny in size, they are wealthy in omega-3 fatty acids ALA, lignans, and fiber, all of which have been indicated to have considerable possible health benefits.

They are also a fantastic plant-based source of protein, including several necessary amino acids. As one of the oldest crops utilized for centuries, flax seeds’ many proven health benefits; they are a safe and healthy supplement to any diet.

Flax seeds are adaptable can be effortlessly added to your daily diet. There are a variety of recipes you can try. They can enhance digestive health, lower blood pressure and bad cholesterol, decrease the risk of cancer, and may help people with diabetes.

Using flaxseed oil, determine to store it in a cool, dark place and utilize it when cooking at a lower temperature to maintain its nutritional effects. 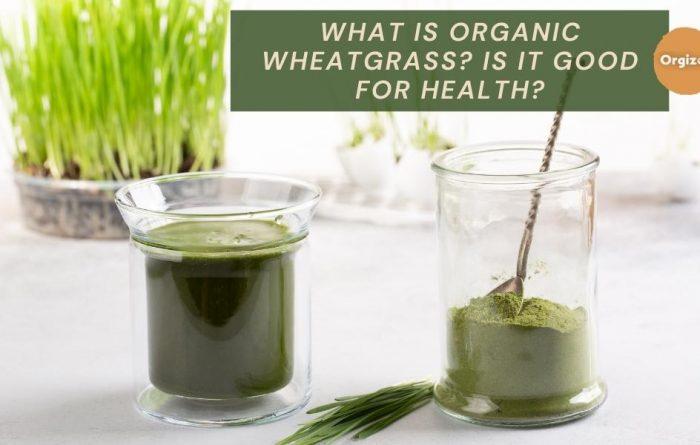 What Is Organic Wheatgrass? Is It Good For Health? 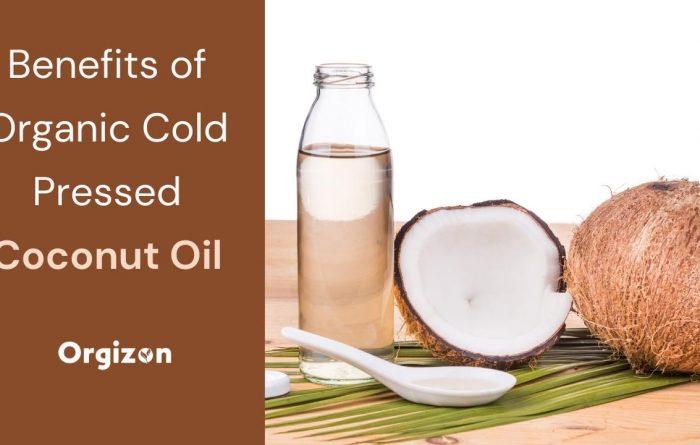