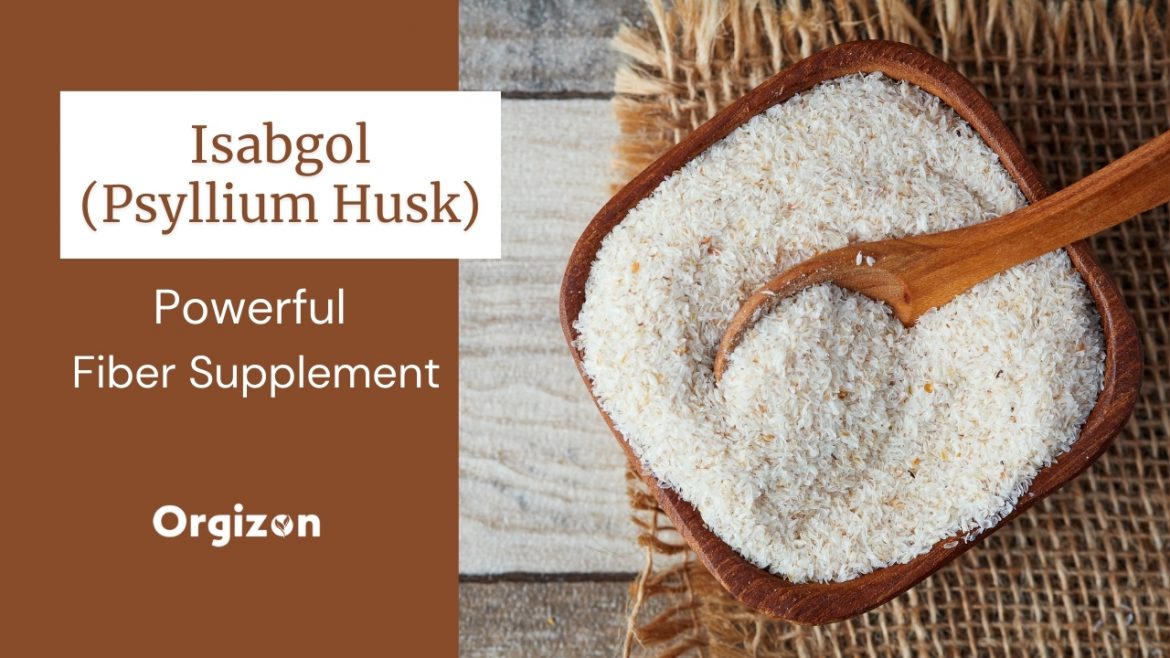 Isabgol, commonly known as Psyllium husk which is obtained from the seeds of the plant Plantago ovata. In Sanskrit, the words “Isap” and “ghol,” combine meaning “horse ear”, shape Isabgol.

The leaves are linear with some small white flowers and seeds enclosed in capsules that best to see after full maturity, including 35% insoluble and 65% soluble fiber. It is a meticulous and gluey herb with a sweet, astringent flavor and has a cooling impact on the body.

Isabgol is whitish husk, good for weight loss as it gives a feeling of fullness and helps lessen overeating which also helps to relieve constipation. It is also well for diabetic patients as it assists in maintaining blood glucose levels. It also lessens the inflammation in piles due to its anti-inflammatory property, aids to lower cholesterol levels and assist gut health.

Ayurvedic medicine strongly confirms this amazing plant due to it’s natural coolant, laxative and diuretic qualities that give a host of alleviating for better health supports.

Isabgol is generally known by a various names like:

Isabgol offers many benefits for your health; here are some benefits of Isabgol that will force you to contain this husk in your diet.

According to a health experts study, hygroscopic properties of Isabgol help in lessening cholesterol level from blood. It creates a thin layer in the intestines that detains the absorption of cholesterol from food and effectively lowers cholesterol.

Isabgol is a whitish husk that is well-rich in soluble and insoluble fiber, making it a considerable treatment for constipation. In addition, it enlarges the lubrication into the stomach wall, which assists in treating constipation.

Isabgol is a bulking agent that excesses the stool size-weight and thereby helps in relieving constipation. In addition, when it comes in touch with water, it can absorb moisture from the surrounding areas, assisting in moistening hardened stools and helps to alleviate constipation impressively.

There is scientific proof that Isabgol soluble fiber is highly impressive than the wheat bran’s insoluble fiber. The intake of 5.1g of Isabgol two times a day for at least two weeks can assist in rectifying bowel movements and relieves constipation.

The fiber present in isabgol is considerable to lessen cholesterol levels, which keeps your healthy heart safe. Although it is very high in fiber and low in fat, doctors also suggest applying it on the diet when isabgol comes to detaining heart disease.

Isabgol also assists detain some extremely high cholesterol levels that could later end up blocking the arteries of your heart, preserving you from heart disease and coronary artery illness.

An analysis of 28 trials found that taking a median of 10.2 g Psyllium or Isabgol per day could impressively rectify heart health markers, including lowering LDL cholesterol. In addition, Isabgol can assists lessen the possibilities of heart disease.

Isabgol is a more helpful cure in controlling diarrhea. Isabgol obstructs the calcium ion channels and has anti-diarrheal and anti-secretary qualities. Isabgol assists in restricting diarrhea by absorbing the water content from the digestive area and generating bulk.

Consequently, Psyllium can lessen constipation and commute diarrhea, more effectively assisting in generalizing bowel movements. In addition, it can change excess stool width and slow down its tract through the colon.

The virtue of fiber and gelatin nutrients in isabgol is well-known to remarkably lessen blood sugar level and regulate diabetes. Isabgol is more advantageous in maintaining diabetes or blood sugar levels because it slows down the collapse and absorption of glucose due to its heavy properties.

Isabgol is the well-known organic herb with water-absorbing qualities that can assist form a gel in the stomach, slowing down the digestion process and managing blood sugar levels. In addition, Isabgol lessens the immediate rise in glucose levels after meals.

A scientific Researchers study shown that the consumption of 10g of Isabgol or Psyllium twice per day could surely lessen the possibilities of type-2 diabetes.

Isabgol or Psyllium and some its organic products have been used to treat various conditions. However, several of these uses have not been studied well enough to reach strong conclusions.

Preliminary research suggests that Isabgol or Psyllium may surely aid in the following diseases:

Psyllium or isabgol is a powerful laxative remedy and used for a long time ago to treat constipation, diarrhoea and controlling blood pressure and diabetes.

People can contain this powerful fiber supplement in their nutrition regimen and use it daily as part of the best healthful diet.

Q1. What is the correct time to apply Isabgol?

Isabgol has a well-known laxative quality; therefore, it can apply after a meal at night to treat constipation.

Q2. Can I use Isabgol during loose motions?

Yes, it can take during loose motion issues. Isabgol has great anti-diarrheal quality, and thus it slows down the growth of unimportant bacteria in the intestine.

Q3. Can I apply Isabgol in pregnancy time?

It is not very clear whether it should be taken during pregnancy due to a lack of scientific proof, and in this situation, it is advised to consult the family doctor.

Q4. Can I take Isabgol regularly?

Yes, Isabgol can assist in digestion and alleviate constipation if Anyone suffering from a digestion problem can take it daily.